Yea, that’s pretty much the same as the other picture is where as b+ is red, b- is black and yellow would be D+ and green would be D- in this picture. Maybe somebody who’s done it this way can chime in and let me know if the blue led lights up when powered up? Like I mentioned I unsoldered it and plugged in a spare that I have, into the port that PP42&43 uses and that one lights up so I’m sure the port/connector is ok on the pi. Wonder if I should solder the b+ & b- to the pi also at the same port where PP42&43 are at, as if it was plugged in and not soldered to the pi??? Thanks for getting back to me on this though.

I’m not the expert on this, and I’ve read a couple of conflicting points to solder to, but I’ve got my B+ soldered to PP27 and B- soldered to a USB grounding solder point between PP27 and PP51 and I’ve had no problems with power. Here’s list of Testing points on a Raspberry Pi 3B and 3B+:

This is how I have Pi3B+ connected. 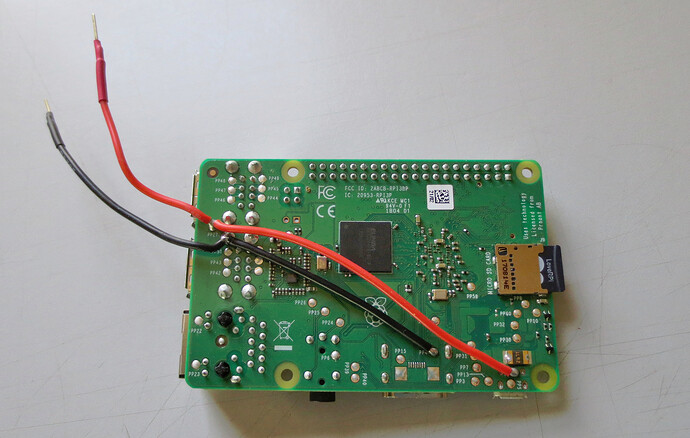 Thanks for the information, I’m at odds though on why the blue light on the AC56 doesn’t light up when it’s powered on though. And I found out after reading a WiKi on the difference between a USB2 and USB3, had a pin layout showing that next to 5v+ is D- then D+ and then Gnd so I may have had that backwards also. Using a multimeter I confirmed that I’m getting pwr and gnd at the AC56, just not seeing the blue light on has me uncertain. I only have one spare AC56 left and at the cost of them I don’t want to waste it. Thanks again.

Hi, is this the antenna used in your long range flights especially the 20k ?

Antenna for air side must be manufactured, there is nobody selling them.
For ground, you can buy Maple flat pannel 17db from Aliexpress

Thanks a lot for sharing your hardware setup.
I would request to share in detail your strip antenna on air side.

when you say cut befor the dc cap, exactly where do you mean??

manu thanks again for this info

the blue light only turns on when it is transmitting. so just turning the dongle up is not enough, you have to have the pi/open hd transmitting

After this line (in attached pix), somewhere, or do as i did. 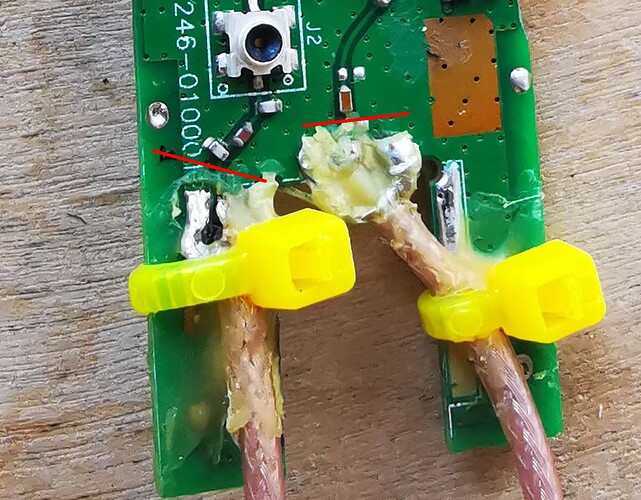 I’ll have to pull this all back out of a box and give it another try. Thing is that if I don’t wire it up directly and just use one that still has the USB connector on it, the little blue lite lights up when it’s plugged into my RasPi unlike the one that was soldered directly to the Pi, which doesn’t light up. Tried doing it with two AC56’s. Thanks, I’ll give it another try and see.

On this images, you have connected two antennas correct?

I honestly dont see how you connect the cables? Is the middle coax going to the pin, where you had the middle pin on the SMA, but i cant see that you connected the ground anywhere?

The same for the coax to the left in the image, where you scratch the pad/silkscreen one gets to a good ground point, but where is the signal cable/middle cable connected for the left coax?

I case you didn’t figure it yet, check this photo:
https:/uploads/default/original/1X/1485002ac507df610331fe004e1ba27299e68ff6.jpeg
shield goes to the ground and middle wire goes to antenna trace. You should always find the ground around antenna trace.
Its different card, but connection should be similar.

I know i’m digging this up again, I would like to be clear where the coax solder points should be on the AC-56 I understand cutting the trace in the places shown but in the pictures shown the glue is obscuring the solder points. I know ABLomas you have explained but I’m more af a visual learner.

I have managed to get the board stripped down, so any help would be appreciared. 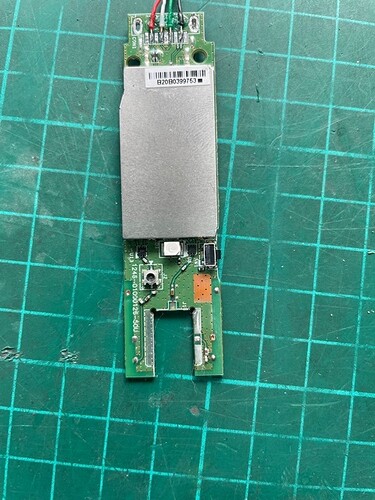 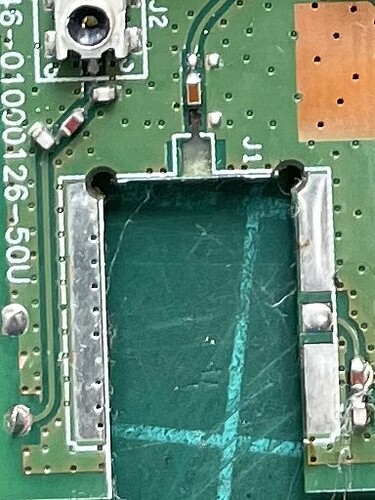 I’m new here, and I’m also lightening the wifi ASUS AC56, so far the first step of removing the USB connector and connecting the cabling is successful.

Nice! I don’t know if this is necessary

, but I cut out pieces of aluminum foil in the same shape as the one under the cover, and then Kapton taped it. I think it’s some kind of sheilding 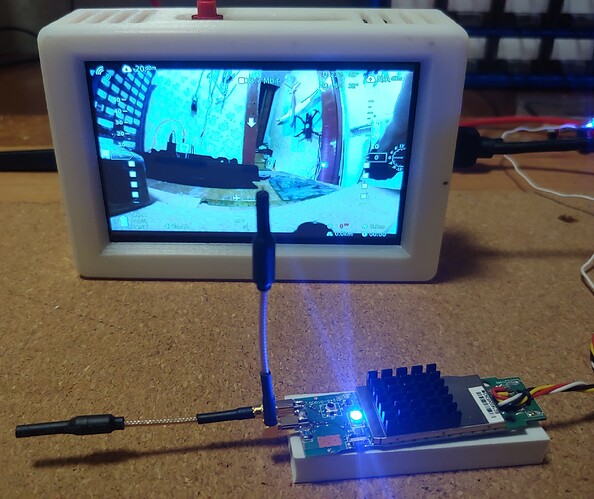 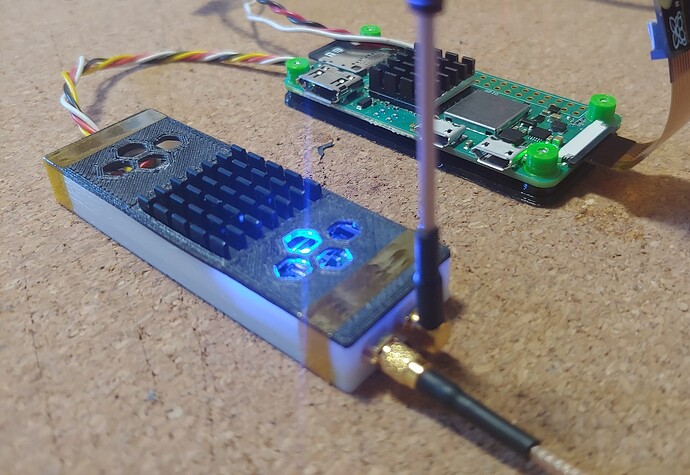