I did a mode for my rx Asus, removing internal antennas,
soldering a bridge inside the test connector and mounting a second sma connector.
Removed the test connector outer housing with a very sharp / thin wire cutter. I had to bridge it because I broke it. If you don’t touch it, it’s already bridged, just leave it as is.
Now RSSI reading on the second sma is the real thing. 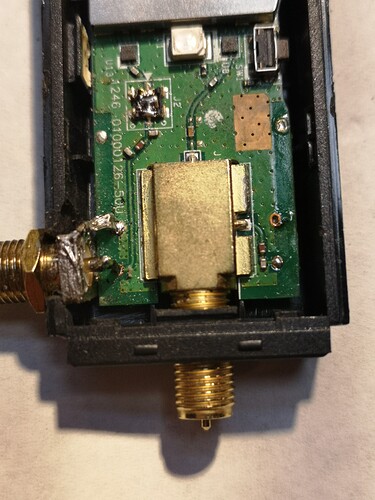 omg… After reading this I realized that I cut traces to PCB antennas for no reason. I am using those test connectors to connect antennas. So I thought I need to disconnect those PCBs…
I am trying to use tplink t4u v1 though.

How did you get both antenna rssi to show up? I have done similar connection as you but i only see the main antenna, i dong get any values for the second antenna.

Is there some special setting to activate to get the diversity of the ac56?

There is one AC56 with 2 antennas air side and 2 AC56 ground side. Openhd displays the two RSSI signal from ground, not from the 2 air side antenna. Each wifi stick from ground (and no matter how many antenna has each ground card) will get one RSSI value to show up in osd.

I did a mode for my rx Asus

What about TX side? I saw in your settings you are using STBC. As far as I figured out, STBC uses both antennas for transmitting. But in your photos/videos, I see that you only have single maple antenna connected on TX. Shouldn’t second maple antenna on TX improve the signal in case of STBC?

I posted above your question, that I have 2 antennas on air side too (tx). 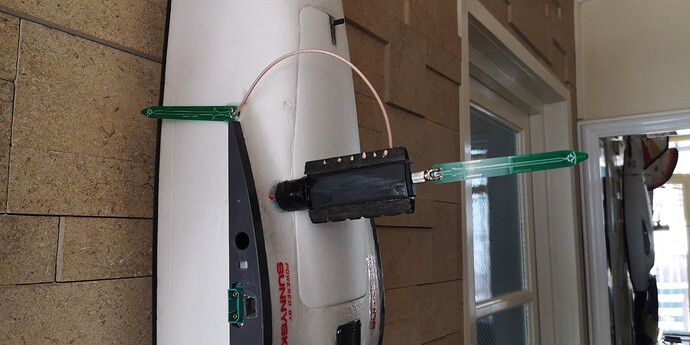 Hello !!
i am new to open HD and have AC56 also .
Is there need to bridge J2?
I am afraid to remove it with cutter.
thanks

Hi. No need to touch that connector, it’s bridged by default. I broke mine, that’s why I had to bridge it.

Heavy… but strong. Good for ground side. 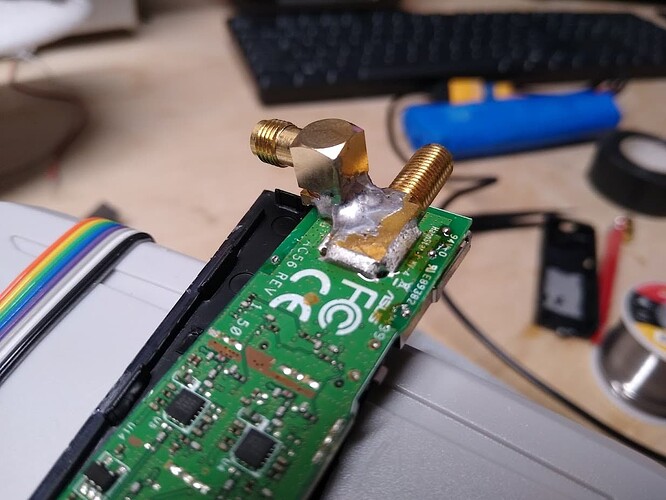