I did not like the antenna tracker (cases) on thingiverse, so I remixed this one which can easily be mounted to the “cheapeveryonehasitalready - Tripod”: 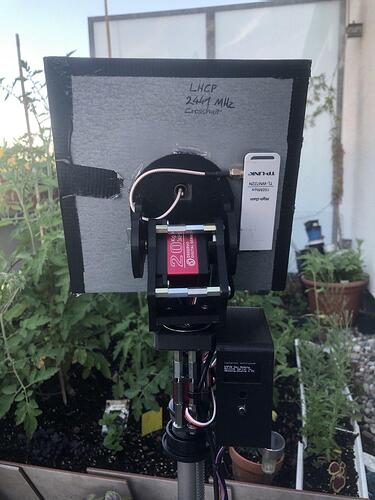 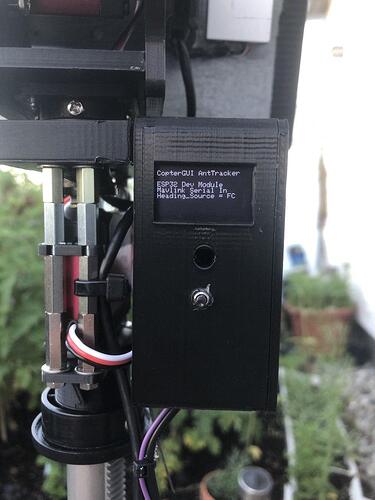 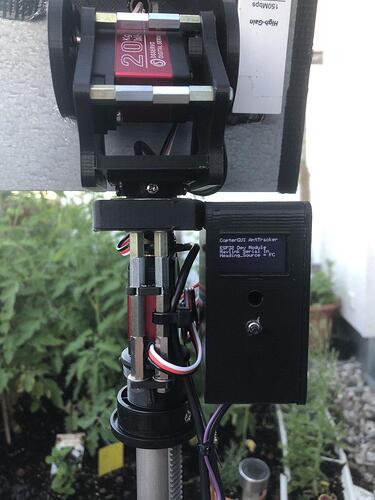 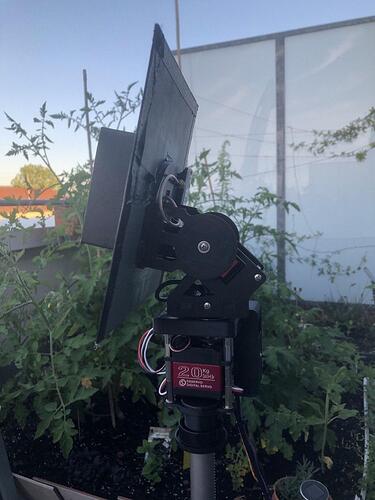 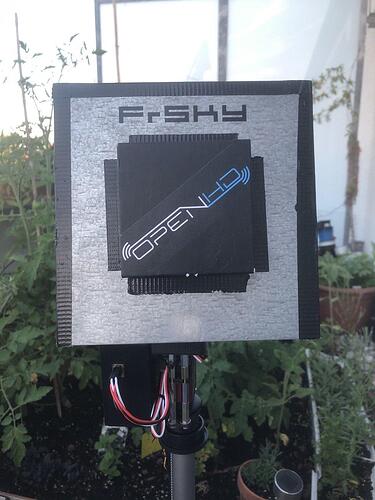 all the files are available here:

in extensiont to the printable parts you gonna need 2 ball bearings:

Do not use the servos from the pictures, I found various problems with them and gonna switch soon.

It uses this project for the electronics:

if you want to use this with a WiFi connection make sure to visit:

Just another antenna tracker which is easy to build. You can use every 180/360 servo for pan/tilt. As target board you can use stm32 “bluepill”, even a esp32 dev board with wifi to connect wirelessly to groundstation (tried once, but compiling failed with actual firmware). Several protocol types are supported, Mavlink as well. Link to github (firmware) : https://github.com/zs6buj/AntTracker [IMG_20200612_134700] [IMG_20200612_134641]

as dr0nemrc made some serious improvements to the FW.

Hi
Yes I get the GPS and heading from my flight controller before takeoff.
The first test where successful and it was tracking nice.
But during stress test I realized that sometimes my weird no-endstop servos turn the „wrong“ direction. So I’m gonna change to some more standard servos soon.
pan and tilt both have a „slip point“ so no damage to the mechanics happily